Adjusting to Life with Type 1 Diabetes

I left the hospital with slightly more information on the topic of diabetes than I had before my diagnosis. I understood that I was on a carb-controlled diet with insulin injections. However, I had no idea what foods did or did not have carbs. I didn't know what a ratio was or a correction dose. The next few days involved many frustrated tears as I adjusted to the unknown. 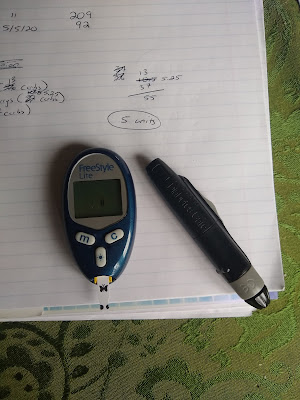 In the hospital I learned how to take my blood sugar with a lancet (finger-pricker). However, I had no idea what was high or what was low. Well, I knew 700 mg/dl was too high and I was spending most of my time around 200 mg/dl. Pricking my finger proved challenging at first. I would reflexively pull my finger away from the lancet. On top of that difficulty, I experience Raynaud's syndrome in my fingers and toes. My capillaries decide to pinch off when I'm cold or stressed. It makes it much harder to produce enough blood to test my sugars! By reading my discharge papers, I discovered that I was on a 1:12 ratio, meaning I inject one unit of insulin for every 12 grams of carbs I eat. Baby steps! 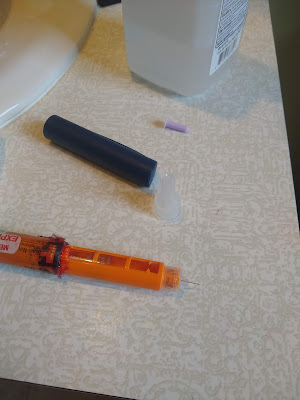 Above you can see my rapid-acting insulin: Novolog. I inject this insulin with every meal. This is referred to as my bosal. My basal insulin is Basaglar, slow-acting insulin which I inject every night before bed. It didn't take me long to discover several benefits of diabetes. I have been a picky eater, but diabetes has pushed me to try new foods that I would otherwise avoid. My new understanding of carbs, protein, fat, and fiber encourages me to create more diverse meals than before. As my diabetic educator said, "There is no diabetic diet. There is just a healthy diet - and everyone should be on it!" 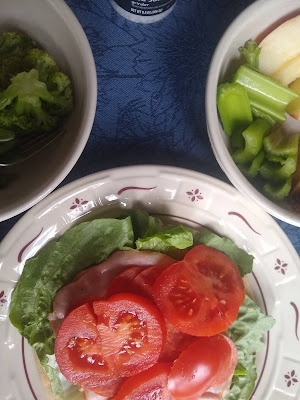 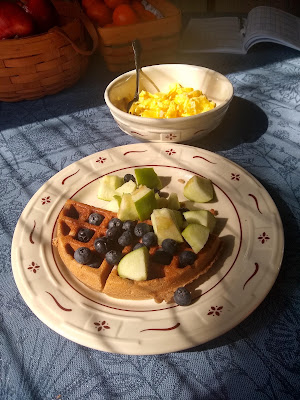 I invested in a little bag designed to hold insulin pens and supplies as well as a journal designed to keep record of sugars and insulin, exercise and hydration, sleep and stress. Thanks to my endocrinologist, I switched from daily finger pricks to my favorite device ever! 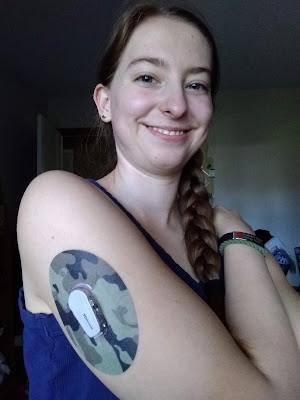 Meet Dexy: my bionic bit. The Dexcom G6 is a Continuous Glucose Monitor (CGM) that stays inserted in my arm for 10 days. It automatically takes my blood sugar every five minutes, sending the data to a handheld receiver. It comes with the option to use a cell phone instead of the receiver, but my current phone isn't compatible with the app (Hey Dexcom, add Motorolas to your list of compatible devices please!). 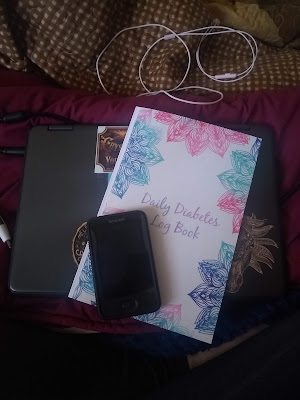 The sensor comes in an applicator that uses a needle to insert a tiny strip of metal (I think it's metal . . . that's what it looks like) into my body. The needle then retracts into the applicator. It's a relatively painless procedure, no worse than a finger prick. Once inserted, I can't feel the sensor strip at all. Below is a picture of my first Dexcom sensor after I removed it. 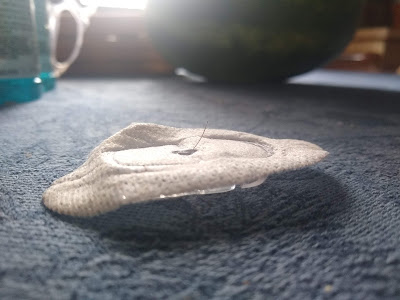 Dex gives me peace of mind at work and in Oregon, because I can check my blood sugar by glancing down. I don't have to try and feel my highs/lows or finger poke in the middle of a task. One of the features of the Dexcom are high and low alerts. I can set alarms to go off before I'm dangerously high or low. Below is a photo of my Dex during a dangerous low at work. 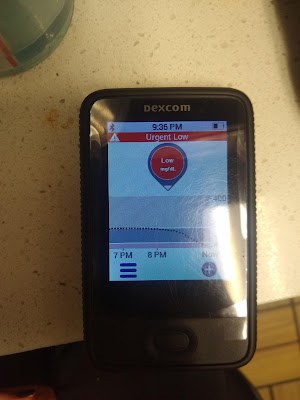 Dexy also allows me to see patterns and trends in the data. Below is a photo containing several hours of readings. I have the option of uploading all the data onto my computer to analyze and share with my team of doctors. 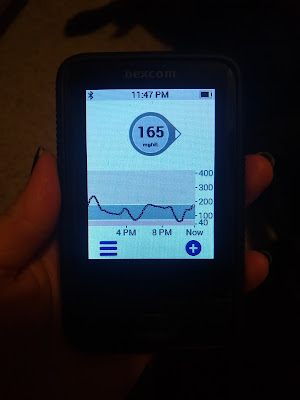 Right now I'm slowly working through the process of learning and adjusting. I've learned so much in the last two months, but I have a lot left to learn. The pancreas is beautifully and wonderfully made. I am not yet good at being my own pancreas (I ate almost four hours ago and I'm still at 210 mg/dl). Insulin is a hormone, so the way each individual's body interacts with it is truly unique. Many people find hot temperatures lower blood sugar, but after spending a few days in Oregon, I'm finding that time in the sun seems to raise my blood sugar. For the next year, I'll be educating myself and developing an understanding of my body. It's a lifelong journey, but I hear that the first year is the most difficult. 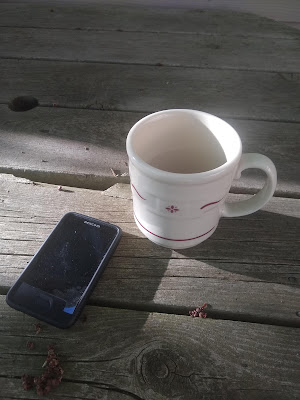 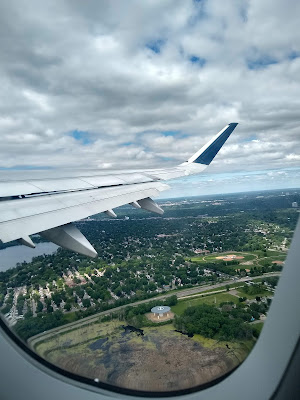 Then I looked again at all the acts of oppression which were being done under the sun. And behold I saw the tears of the oppressed and that they had no one to comfort them; and on the side of their oppressors was power, but they had no one to comfort them. So I congratulated the dead who are already dead more than the living who are still living. But better off than both of them is the one who has never existed, who has never seen the evil activity that is done under the sun.
Ecclesiastes 4:1-3
I made it safely to Oregon. There are a million joyful, exciting things I have to write about Avalon, Crystal Peaks, Diabetes, and my journey through life. But right now feels like the wrong time to talk about it.
As hopeful and happy as I am to be serving here on the ranch, living a dream God placed in my heart over a decade ago, my heart is heavy.
I'm sure you know what I am talking about before I mention George Floyd or the protests or the riots.  But I'm mentioning them anyway. As a human, my simple, proud heart is eager to present opinions and value calls. Ultimately, it isn't my place. I don't have the wisdom or the right. Anything I say will only offend people who disagree with me or encourage people who agree - whether they are right or not. No one is looking to me for information or my opinion, so I won't share it.
I will say that the world is a beautiful, but devastatingly broken place. If there ever was any doubt that humanity is fallen and cursed, surely there is not now. We can put giant metal birds thousands of miles into the sky but we can't eradicate racism. Humans are not basically good. We are creatures of survival. We seek to survive and the things we do to survive ultimately kill us.
This is an evil in all that is done under the sun, that there is one fate for all men. Furthermore, the hearts of the sons of men are full of evil and insanity is in their hearts throughout their lives. Afterwards they go to the dead.
-Ecclesiastes 9:3
There is murder, violence, pride, anger, jealousy, bigotry, racism, classism, discrimination of many kinds, rape, abuse, and the smaller, seemingly innocent killers: gossip, bitterness, revenge. There is no justice or peace on the earth and no amount of wealth or legislation or technology will change that. There is only one solution to our madness. Jesus Christ, who came to earth as another human being, with all the weaknesses that entails, but without sin. Who lived on earth alongside us, a perfect example of what we all know deep down we ought to be (or at least, or friends and family and political opponents ought to be), and died the death we all deserve (or at least, our political opponents. . . I rest my case).
But now in Christ Jesus you who formerly were far off have been brought near by the blood of Christ. For He Himself is our peace, who made both groups into one and broke down the barrier of the dividing wall, by abolishing in His flesh the enmity, which is the Law of commandments contained in ordinances, so that in Himself He might make the two into one new man, thus establishing peace, and might reconcile them both in one body to God through the cross, by it having put to death the enmity. And He came and preached peace to you who were far away, and peace to those who were near
Ephesians 2: 13-17
Posted by Jenna Blumer at 4:26 PM No comments:

The Link to my GoFundMe Campaign 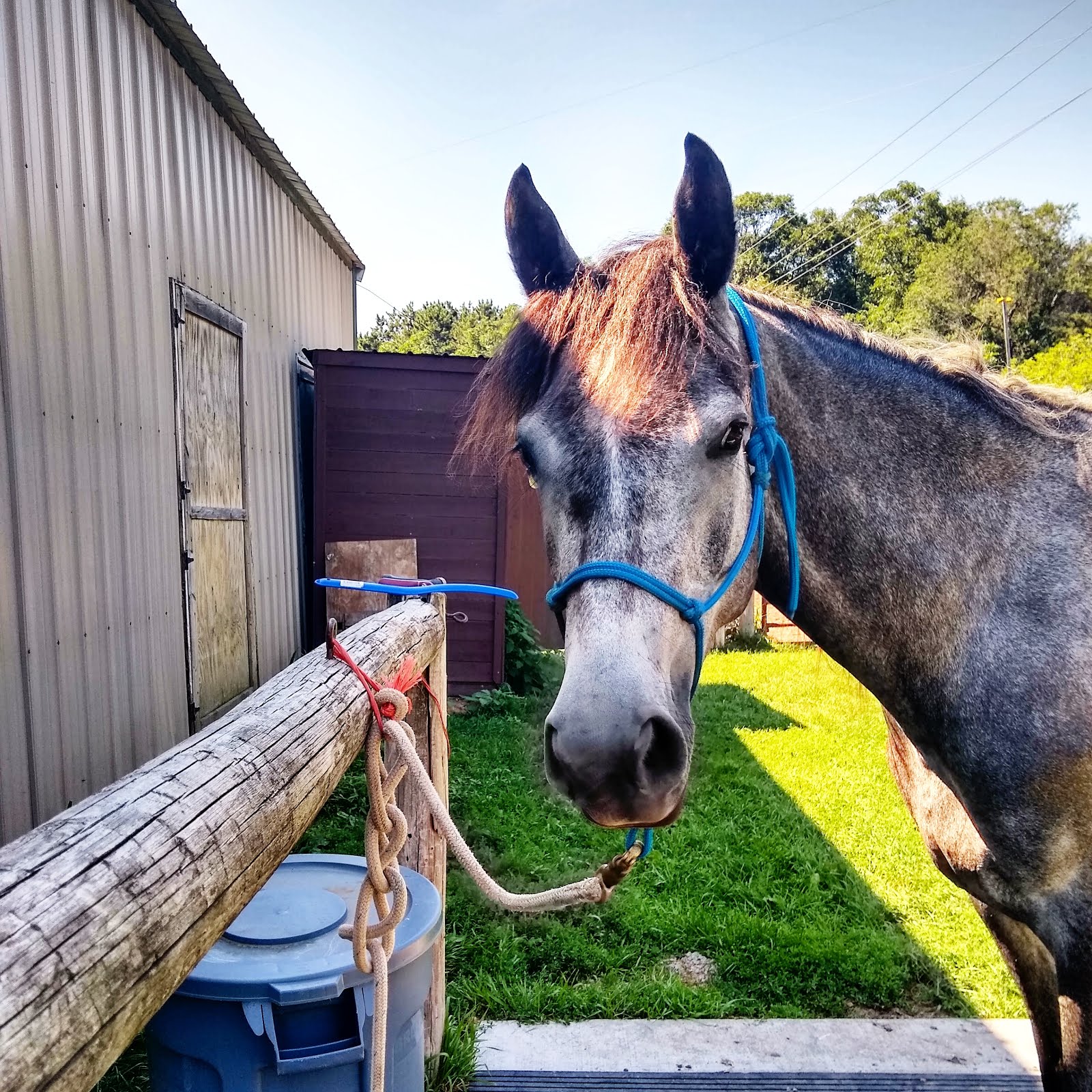 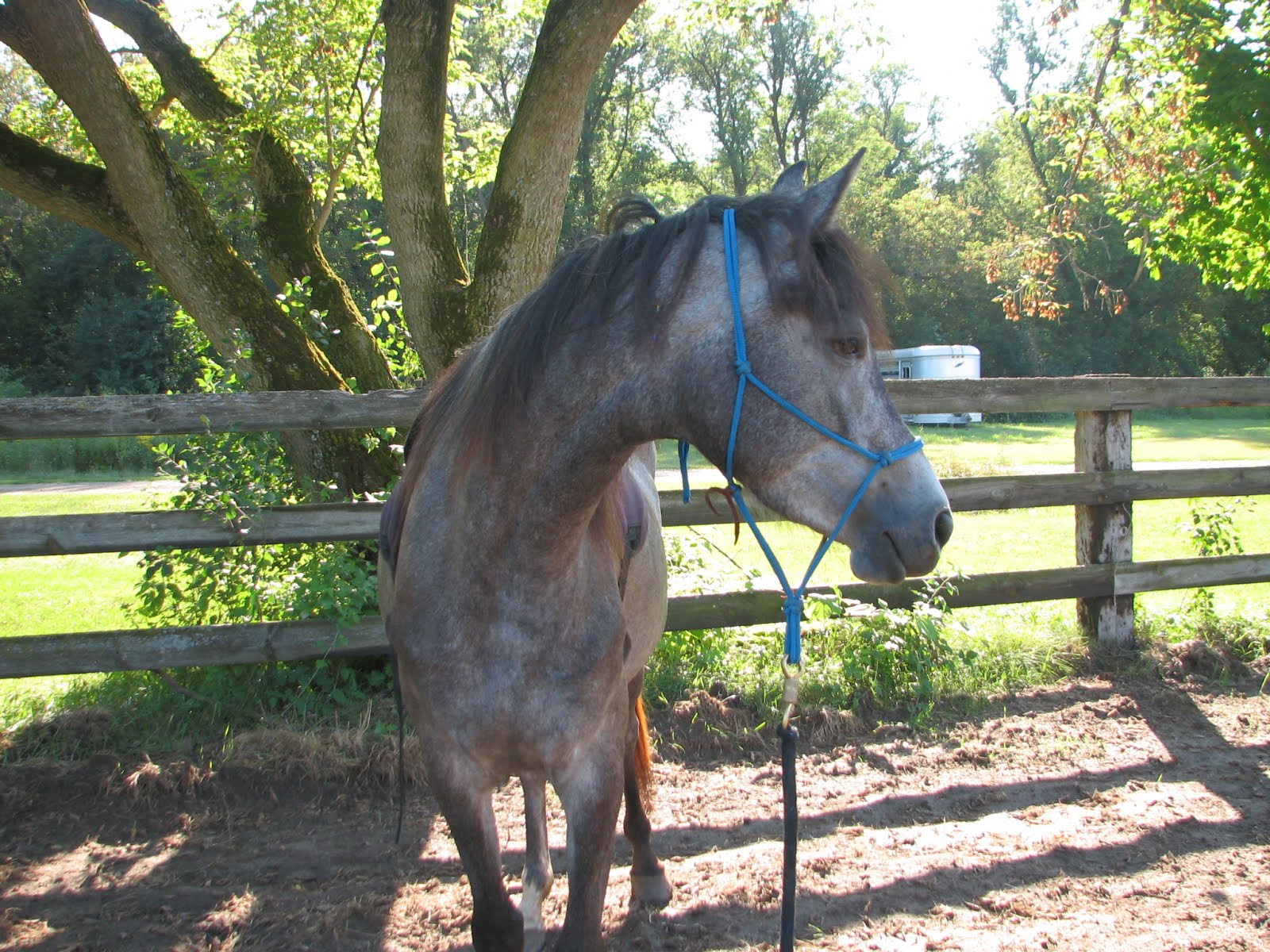